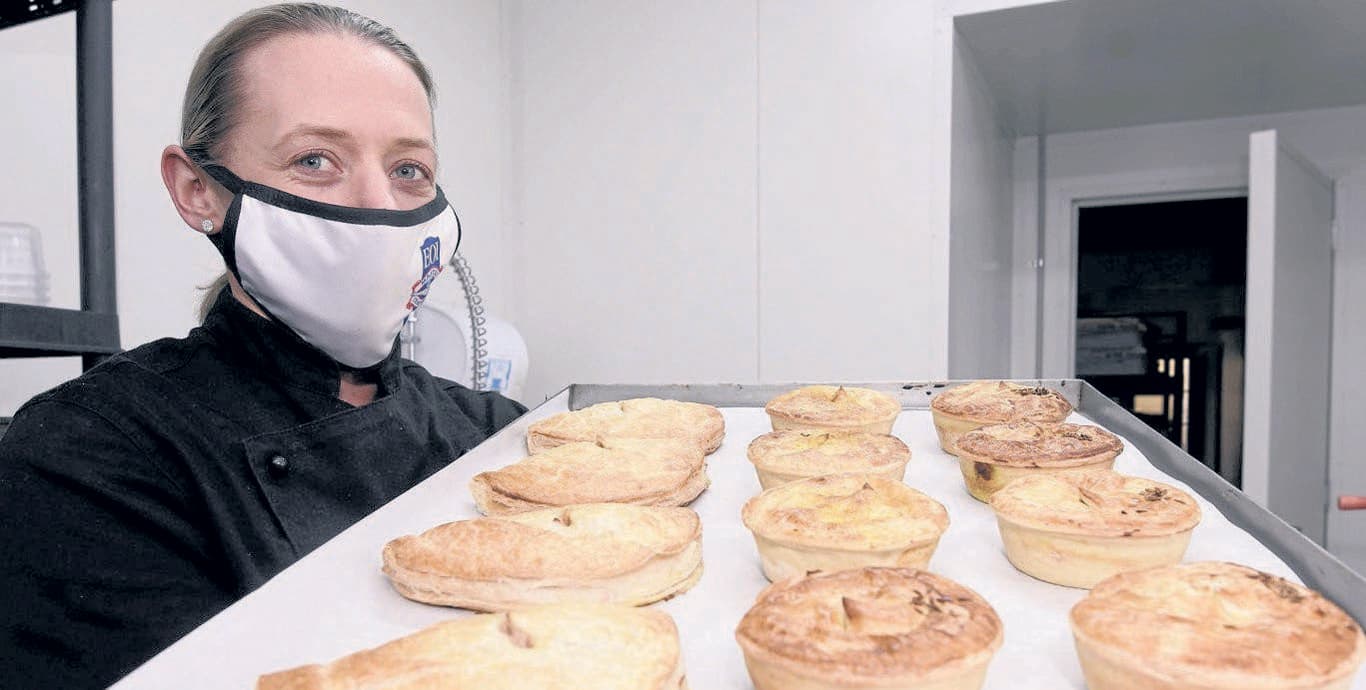 Emma Conroy and the all-female team behind Emma’s Homemade Cakes are celebrating after winning gold at a national pie and pastie competition last week.

Emma’s received gold for its Brazilian Pulled Beef Pie in the flavoured pie section and a Vegetable Coconut Curry Pie in the vegetarian category. Bakery owner Emma Conroy said the medals were a sweet reward after a tough year for the business. “There was plenty of focus on the competition this year because I thought it was super important for the business to try and get the gold,” she said.

“This year there were 1947 entries over the three days of judging and there was only 45 gold medals.” Emma’s first-year apprentice baker Marie Jackson won the National Apprentice Traditional Pastie award in the competition. Ms Jackson said she was excited and surprised at the recognition of her work. The 48-year-old said it showed it was never too late to change career and follow a passion.

Ms Jackson had previously worked front of house in a bakery and had always wanted to work as a baker, but never thought she would get the chance.

“People cringe when you say what hours you work, but rarely do I struggle to get up for work,” she said.

“You are always learning and improving. It is pretty cool to come to work.”

Ms Conroy said preparation for the competition began early to create the winning pies. “It is always in the back of your mind when you are making pies,” she said.

“As we get closer we start thinking of the flavours we want to be working with and start critiquing ourselves a little bit harder during every night production to refine the pastry and refine our skills.

“It was about eight weeks out this time that I decided we would go with the Brazilian Pulled Beef.”

Ms Conroy and the team would usually fly their creations up to Sydney and deliver them in person, but COVID-19 meant they had to trial a new method of cooking them fresh, blast freezing them and packing them with ice packs for express post.

The coronavirus pandemic hit the business hard in March when cafes, hospitals and universities it usually supplied to shut its doors to visitors, causing a 90 per cent loss to revenue. Ms Conroy said the recent awards brought new excitement and confidence moving forward. Emma’s winning pies can be ordered through the online shop.

Article courtesy of the Ballarat Courier. Written by Rochelle Kirkham.